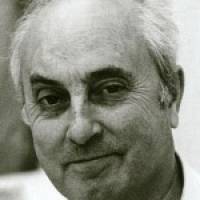 From an early age, Olivier Debré began to paint, draw and sculpt. At the age of 14, he was naturally influenced by the impressionist landscapes of his grandfather, the painter Edouard Debat-Ponsan (1847-1913). In 1938, received at the Ecole des Beaux-Arts, he joined the architecture studio run by his uncle and frequented that of Le Corbusier.

In 1941, he meets Picasso who will have a decisive influence on him. He now seeks to express his emotion without going through the representation. The sign thus appears to him as the incarnation of emotion and thought. While being abstract, he considers that the sign does not mean anything other than reality.

In 1949, he presented at Galerie Bing his first solo exhibition of colorful and expressive paintings.

Around 1950, Olivier Debré favors matter and dull colors. Always carried by the idea of the sign as representation of the thought, he paints the series of "signs-characters".

At the turn of the 1960s, Olivier Debré returned to the landscape and found his original way. the formats get longer, suggesting both a panoramic view of a limitless space and diving into a near-monochronic. He therefore describes his painting as a fervent abstraction because it symbolizes the emotion aroused by the contemplation of a landscape.

During the 80s-90s, Olivier Debré benefited from several public commissions: the curtain-stage of the Comédie Française, the Hong Kong Opera, and the Shanghai Opera.

In 1995, the National Gallery of the Jeu de Paume offers a retrospective of Olivier Debré, also presented in Europe and Latin America.