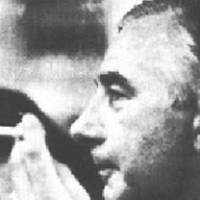 In 1936, Singier meets Charles Walch who puts him in touch with the world of painting and begins to exhibit in Salons. In 1939, he met his neighbor, Alfred Manessier, his friends Elvire Jan and Jean Le Moal. Mobilized the following year in the Belgian army, he was sent to Bagnols-sur-Cèze after the invasion of Belgium. From 1941 to 1944, he worked in his father's cabinetmaking workshop.

Singier participates in the exhibition "Twenty young painters of French tradition" organized in 1941 by Jean Bazaine, first exhibition of avant-garde painting under the Occupation.

In 1945, he exhibited at the Salon de Mai which he is with his friends one of the founders. He is naturalized French in 1947 and befriends the poet Jean Lescure. In 1949, the Billiet-Caputo Gallery presents its first solo exhibition.