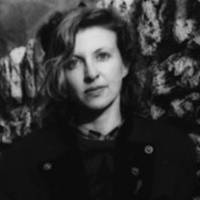 One can not imagine two cities more antagonistic than Paris and New York. Paris, with its Haussmanian structure still intact, breathes the past at every corner. To the delight of the nostalgic stroller. In New York, the pace is different. No question of crossing the street unexpectedly. The head in the clouds, carried by the feeling of advancing in a futuristic landscape, the walker is driven by the current of city dwellers in a hurry. New York is grand, breathtaking, while Paris charms sensibilities with its timeless beauty. It is perhaps in this striking contrast between past and future, picturesque and modern, curved lines and straight lines, strength and beauty, that lies the secret of the mutual fascination of New Yorkers and Parisians.

Elizabeth Lennard was born in New York in 1953. In 1978, she moved to Paris, where she still lives. The photos of New York were taken between 1978 and 1983, during long visits to his hometown. Paradoxically, it is the experience of the Gothic and Haussmannian curves of Paris that drew his attention to the rectangular brick and steel architecture of the streets of New York. Similarly, the artist keeps in mind these colors both dapper and past, pink, sky blue, very Warholian, when she reinvents Paris in photo.

The exhibition will feature oil-painted photographs and pigment prints. The oldest work dates from 1974, among the most recent are some limited editions made for the exhibition at the Gallery Coin des Arts.