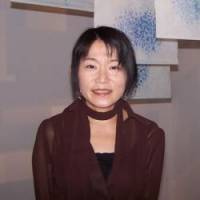 Seiko Tachibana was born in Japan, lives and works in San Francisco, USA.

She completed her Master of Arts Education at Kobe University, Japan. She received an MFA from the San Francisco Art Institute and has since received numerous awards, including the Wallace Alexander Gerbode Foundation Award. His distinctive work balances minimalist Asian tradition with modernity. Tachibana's work has shown internationally can also be found as part of the Los Angeles County Museum, Fine Art Museums of San Francisco's Legion of Honor, Portland Art Museum, as well as a number of other museums, institutions and individual collections throughout the US, Europe and Japan.